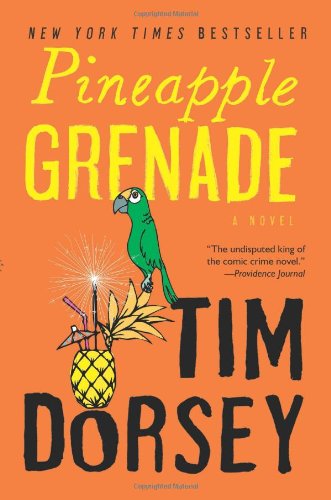 HarperCollins hired Adhesive Marketing to create a Social Media presence for Tim Dorsey. Sweepstakes, user-generated content, viral activities and a multitude of conversation starters were implemented to grow a community of followers and create awareness for the release of the hilarious holiday novella When Elves Attack and tease Tim’s next full novel, Pineapple Grenade.

The campaign was deemed a success as we grew Tim’s Facebook page to over 13,000 followers. On top of that, Pineapple Grenade made the New York Times Bestsellers list on the shoulders of a 116% increase in pre-order sales over Tim’s previous title that didn’t include Social Media in the marketing mix.